Who Is In Charge of Your Contact Center? When the System Takes Over: A British Airways Case Study 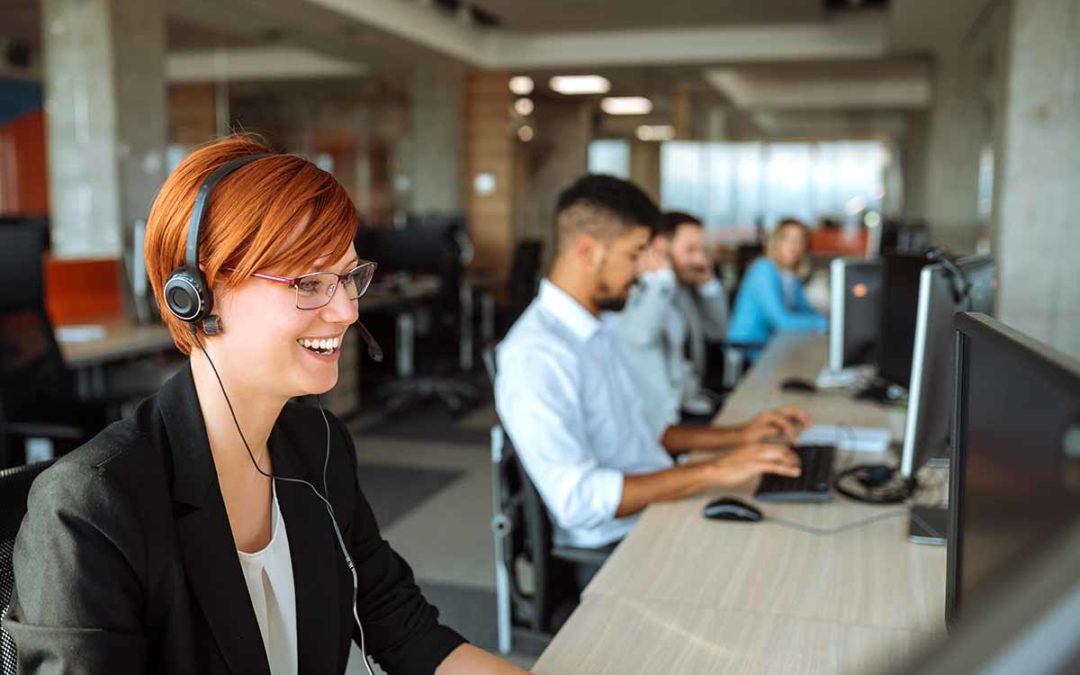 As Artificial Intelligence creeps into our lives, it’s easy to envision a world where machines start to take over, calling the shots and determining the direction and outcomes of our everyday experiences. However, there is no day where I think this would be a positive and the recent experiences of my friend – let’s call him Charlie – only serve to annunciate that point.

This story is not about artificial intelligence. In fact, intelligence is not a word I would use at all as it relates to this case study that explores a plane full of missed customer experience opportunities! But as an ambassador for three interactive contact center events a year, I’ve listened intently to countless customer service best practices (along with epic failures) from our participants. A recurring theme: Empower your agents to deliver great customer service.

Back to Charlie. Two weeks ago, Charlie attempted to take his family of five on a mission trip to Ghana in support of my brother’s charity (www.btcte.org). While Charlie booked their itinerary (DC to London, London to Ghana) and paid and picked up the tickets at the British Airways desk in the airport months ago, upon check-in, the family was notified that they could not fly because they had not secured visas for their stay in Ghana.

Let’s pause for a moment. Clearly, Charlie was at fault for not securing visas for his family. And yet as passengers, we receive countless touch points prior to departure: itinerary confirmations, text alerts, online check-in notifications, checked baggage versus carry on notices, etc.  Proactively providing a checklist or even a simple FAQ – that included something as important as visa requirements – could mitigate hundreds of travel hiccups.  Let’s tag this as Missed CX Opportunity #1.

Consider this example of top down, proactive service from Virgin Brands: after a customer in first class described his in-flight meal as “a miscellaneous central cuboid of beige matter,” Richard Branson invited the passenger to not only help Virgin overhaul its menu, but to also join the board of the airline’s culinary council.

“A complaint is a chance to turn a customer into a lifelong friend,” says Richard Branson. “At Virgin, we think that if we address a complaint well, and even involve the customer in the solution, it brings customers closer to our brand.”

Back to Charlie’s journey. Hoping to make progress, Charlie requested his family be permitted to fly to London – he figured that if they could at least cross the Atlantic, they would slowly but surely make their way to Ghana. For over an hour, the BA ticket agents and supervisors blamed the system for its inability to accommodate the flight change request, citing excuses like “because of your ticket,” “the type of tickets you have,” “the system won’t allow it” – to which he responded, “Surely there is somebody who can override the system?”

“Sorry, sir, there is nothing we can do.”

The ticket agents were both powerless and unwilling to help resolve the issue. Desperate, with a tired family in tow, and suitcases filled to the brim with school supplies for the kids in Ghana, Charlie called BA customer service himself and after a 30-minute wait for somebody to pick-up and another 15 minutes to escalate the call, connected with a supervisor in India.  The supervisor cleared the way so they could at least get as far as London and assured Charlie that she would sort out the pending penalties later…though it might take three or four days because she was headed off on PTO.

Now, let’s take a step back here. Why were the ticket agents at the airport unable to solve the problem? Why did Charlie have to call a supervisor in India? We’ll tag this as Missed CX Opportunity #2.

In situations like this, everybody likes a little salt in their wounds and in this case, Charlie and his family got the whole shaker. At the gate, they were told to wait to board because, wait for it…while Charlie was pleading with the supervisor in India, the airline gave away one of their seats. Miraculously, after another anxious 30-minute wait, the situation was resolved and Charlie and his family got on the plane.

Let’s take a look at another industry example from Melissa, a passenger on a cancelled American Airlines flight. Upon learning of the flight cancellation, Melissa called customer service. After waiting on hold for 35 minutes, she decided to try her luck with Twitter, hoping to elicit a faster response. Within three minutes, the social team at American changed her reservation, and even provided her family with seats with extra legroom. However, Melissa realized her mother’s ticket was under a different reservation. Still on hold (56 minutes total), she decided to try her luck again, and Tweeted the following to AA:

I wonder if Charlie would have had different results if he communicated through social channels? And speaking of Charlie, let’s get back to his story.  Upon arriving in London, the only BA customer service agent in sight was at baggage claim, and provided a card with a phone number to the airline’s contact center. Succumbing to the fact that they would need to spend a night in London and possibly change their plans altogether, Charlie and  his family secured their bags, booked a hotel and attempted to catch up on some much needed rest.

Back at the hotel in London, Charlie received some good news – their visas to Ghana were approved.  Knowing already that the airline had seats available to continue their journey to Ghana for the very next day, Charlie contacted BA to make arrangements and after a short and unsuccessful phone call with the first agent, he tried and tried again.  Each call that followed was like a brand new call, going through security details and retelling the story over and over again for the first time.  The team approach is important in sports, life and business. If one person falls down, another is there to pick them up. Why then, wouldn’t BA continue the support the supervisor started after she got off work? You guessed it, Missed CX Opportunity #3.

After a few dropped calls and a several more hours on the phone, Charlie finally connected with an agent and supervisor who informed Charlie that because the family did not board the second leg of their trip (the flight from London to Ghana), the system classified their itinerary as a “no show.” Apparently in the airline world, a “no show” is the equivalent of a felony and warrants the harshest of penalties: the death of your ticket.

Fortunately, the agent found a workaround and was able to grant a stay of execution for the five tickets. This was noted in the airline system as an “exception” – a crucial detail in the story.

As the conversation continued, the agent began to calculate the associated costs of changing the ticket, including fare differences, change fees, taxes, etc. Ready? The cost to reissue the five original tickets was nearly $20,000. BA was prepared to charge nearly double the original cost to take one leg of the trip a day later.

Incredulous, Charlie asked the agent if she could waive the fee, but she replied that they were only allowed one exception per itinerary, and the system would not allow it. Given the altruistic purpose of the trip, Charlie appealed to the agent to reach out to an executive to override the system, only to be informed that the executive’s role was to make the contact center policy, and that the contact center was not allowed to reach out about actual calls. Missed CX Opportunities #4, 5 and 6.

Charlie’s story ends with the family never reaching their final destination and several more hours vested with customer service to appeal the $3,000 in penalties to reissue their tickets to “not fly.” Yep, that’s right – the family was being asked to pay to relinquish their trip to Ghana and return on their original flight home.  Let’s call this Missed CX Opportunity #7.

Is it possible that the world of airline travel can be boiled down to limit each flight to one exception? Has airline travel become that good? Should policy be driven and enforced by a computer? Are airline executives so confident in their decisions that they created a policy that blinds them from seeing the outcome and results of a customer journey?

BA clearly empowered the system to run their contact center, not their agents. Their agents are dependent on a system that cripples their ability to make decisions, prevents them from circumventing policy, and removes any possibility of showing compassion through action. As consumers, we can only hope for more options because it’s choice that drives change. If consumers make the decisions to choose customer service, this airline will have no choice but to listen. Until then, we can only cross our fingers and hope that at the end of the day, we are lucky enough to live lives where outcomes are not determined by just one exception.

Gary Robbins is a Global Partner at Frost & Sullivan. Over the past 15 years, his group has produced an average of three contact center events per year (www.frost.com/ccw, www.frost.com/ccs, www.frost.com/cce) reaching thousands of customer contact executives across the industry on a global scale. He also directs the production of a quarterly customer care newsletter that has a distribution of nearly 10,000 subscribers. In 2016, his team founded the Customer Engagement Leadership Council (www.frost.com/celc.com) dedicated to creating a community to share and drive best practices in customer care 365 days a year.